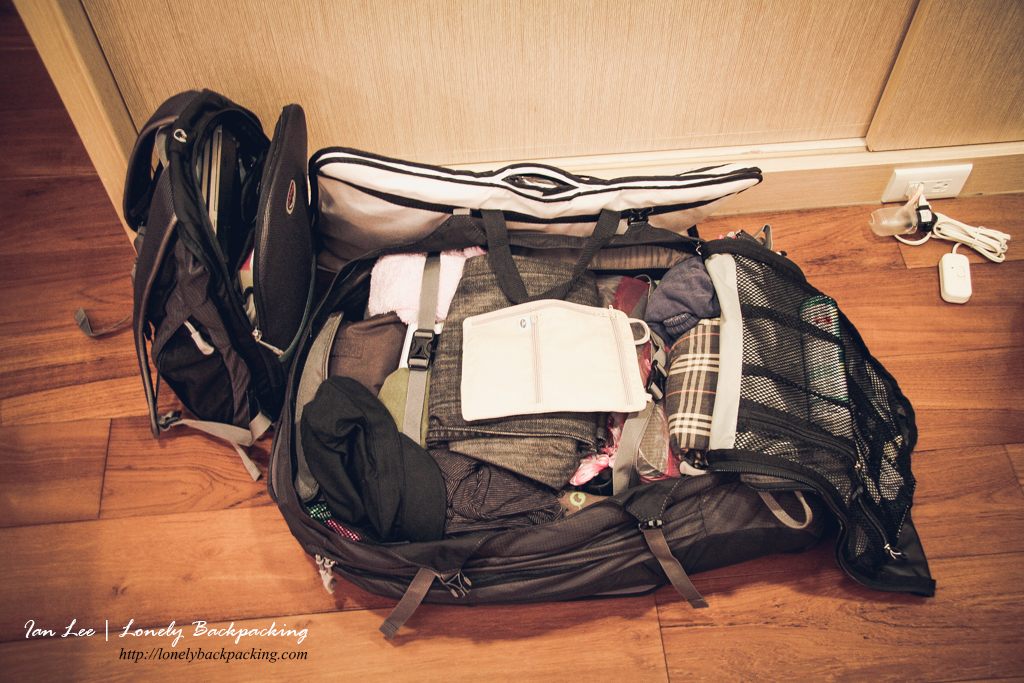 All right, here it goes.

After a year of uncertain planning, I’m finally starting the first stop of my travel life: Japan.

The plan is to stay in Japan for a year since I have already applied for Working Holiday Visa, then move on to my ’round-the-world trip for another year or two after that.

It didn’t feel like I was really going on this long journey even though I’ve pretty much got everything ready and quit my job, until I finished packing everything into my backpack, that’s when it became real to me.

Even though the job as ALT (Assistant Language Teacher) in Japan is still not confirmed yet, but at least there’s an interview scheduled two days after, so what the hell, just go for it and give it a shot, otherwise I don’t think i’ll ever actually leave.

Update: I ended up getting the job as ALT in Japan, therefore I lived in Tokyo for a year before I headed off to other countries in the world.

One thought on “The start of it all”