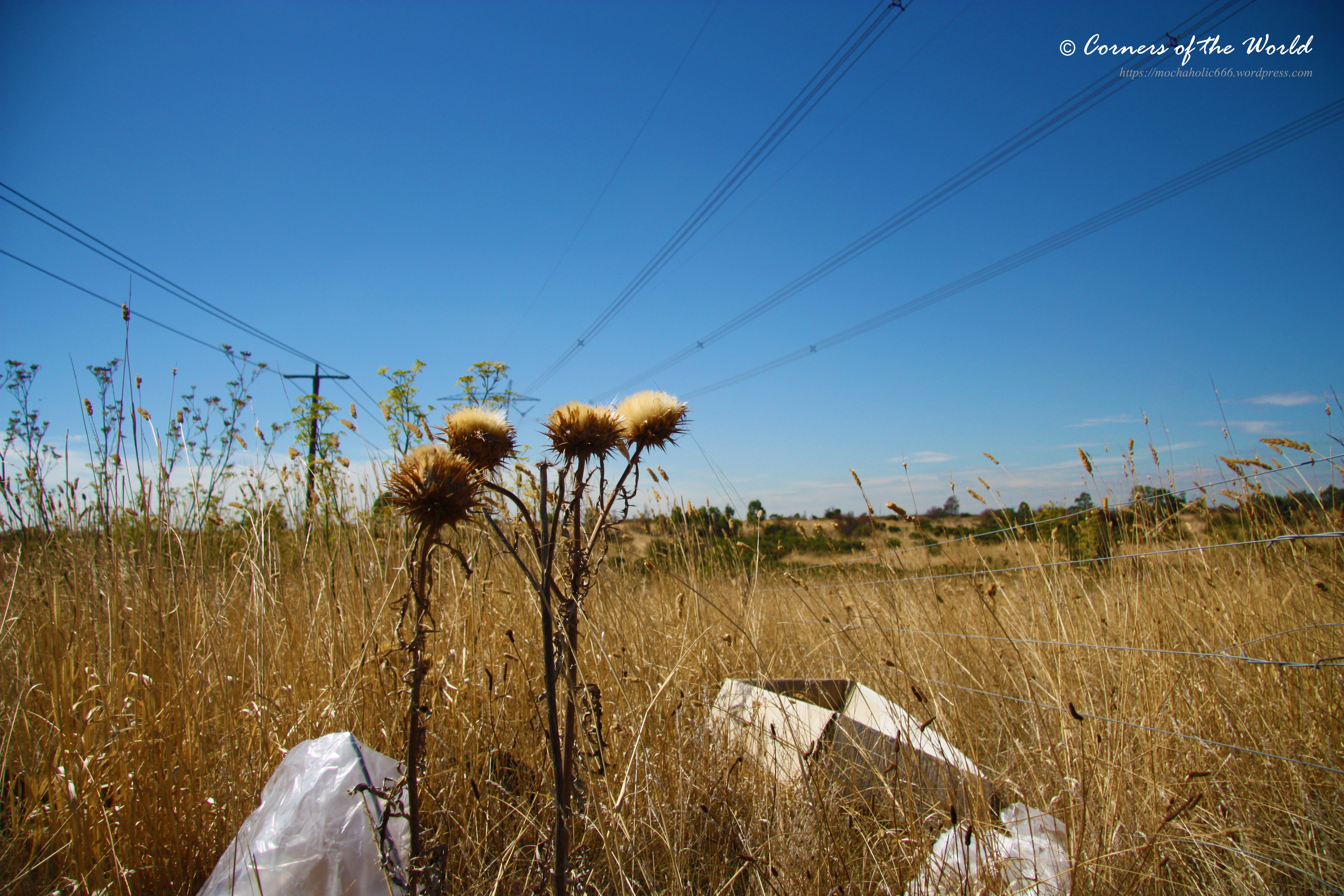 My very first attempt for hitchhiking was taken place in Australia;

There had been some debate about whether hitchhiking is legal in Australia nowadays, as everyone says differently. Below are some of the facts I’ve gathered from various sources, some information came from the “coppers” as Aussies call them, whom I’ve encountered on my journey. If any information is incorrect, please feel free to leave a comment for correction.

1) Technically hitchhiking is not legal anymore in Australia, but coppers usually just either give you a warning or give you a ride to somewhere they think is safer for you to be.

2) It’s legal to ask for rides at locations where car stops, such as gas station or resting area.

3) It’s considered hazardous to walk alongside of highway, as many hitchhikers has been run over by drowsy truck drivers. If hitchhiker gets fined, it’s more likely from this accusation.

So, with the rules being said (if anyone actually cares about it), here’s how my journey panned out.

As I didn’t want to hitchhike in the city area, on the first day I simply walked the whole day trying to get to highway junction from the city by foot.

It’s essential to carry enough food and water, as there’s no telling how long you’re going to be out there, it could be days before reaching a city for supply.

Although it was extremely exhausting to carry over 30kg of belongings while hitchhiking. Weight of my gears were as below.

I had walked 20km on the first day carrying all those, and barely made it to the initial sections of the highway. Everywhere of my body was aching when the darkness started falling, I couldn’t find anywhere to setup my tent as I was still too close to the city. Finally there was a spot which was in fact a dumping area, but the surrounding was captivating. Only downside was the factory located right across the street, made me worry about getting expelled by security, but I was too tired to search for another spot so just set camp there. (Security did come check while I was setting up tent, but he didn’t tell me to go away, I reckon it’s the sympathy towards someone who had to sleep in dumping area.)

Got couple separate rides which allowed me to reach further sections of the highway, from there it was easier to encounter rides going long distance, otherwise when hitchhiking close to the city most drivers are only going somewhere close-by.

Here’s what you see when walking alongside the highway, it’s actually quite magnificent:

Began looking for fruit picking jobs in order to cover some travel expenses.

Went over to Centre Link (or employment office as other countries would call it) as this is where everyone directed me to when I was asking for direction to orchards area, but turns out it was the Harvesting Office that handles fruit picking jobs. Unfortunately the fruit season in Shepparton had just ended, so harvesting office bluntly informed that it’s unlikely to get any fruit picking jobs at that time. Either way, I figured since I’m there already, might as well knock on doors to see if there’s any jobs available.

Here’re some of the photos I took along the way to farms and orchards area.

Asked around couple more farms and orchards in the morning, and realize the place was a bust, all the in-season fruits aren’t grown in this area. It’s a lot of hustle to carry all my belongings to look for this kind of job, as all the farms and orchards are enormous, it would take more than 15 minutes just to walk to the entrance of the field.

Therefore I then decided to head towards my final destination Sydney, originally I was planning to head to Queensland afterwards as that’s where most fruit picking jobs are, but after Shepparton I simply didn’t feel like hitchhiking to Queensland anymore.

Got couple rides that put me onto highway heading to Sydney, although one really big issue that all hitchhikers should look out for, is that CARS DON”T STOP ON HIGHWAY. At some point I was dropped off at a junction on highway, and couldn’t get any more rides as no one stops. Was still a bright day when I got off the car, but after walking for 2 hours comes nightfall at around 8pm. From that point on I just kept on walking like Forest Gump, when I get tired just have a picnic on the side of highway, was quite chill actually, just kind of dangerous as the huge trucks swish by me at close distance.

After walking along the highway for maybe 6 hours, coppers showed up. They were actually quite nice though, didn’t give me warning or fine me, instead they gave me a ride to the nearest gas station where I was heading to, and told me the spots where I can ask for rides from truckers. According to them, they just didn’t want to see another hitchhiker becoming road kill that’s all they cared about.

Unfortunately most the trucks were heading to Melbourne at night time, therefore I had to sleep on the bench nearby gas station and keep asking all the truckers for a ride to Sydney in the morning.

Luckily by 10am next day I was able to find a driver named Adam who was heading to Sydney and willing to give me a ride. Had some really nice and constructive conversations with him during the long ride, I was really grateful to be able to get out of the dilemma.

By the time I arrived suburbs of Sydney (Wetherill Park) was already close to dinner time, so I then decided to stay in 24 hours McDonald’s till the next morning to go into the city. And ya people do get kicked out by McDonald’s for sleeping there, especially by the mean cleaning lady, fortunately I was still able to stay there till the morning when I was taking off anyway.

Instead of hitchhiking, for within Sydney I decided to transport by bus and train. I was actually fairly close to city center, only took me within an hour to arrive Town Hall Station.

Well, I didn’t expect this, but it’s actually nice to return to civilization.