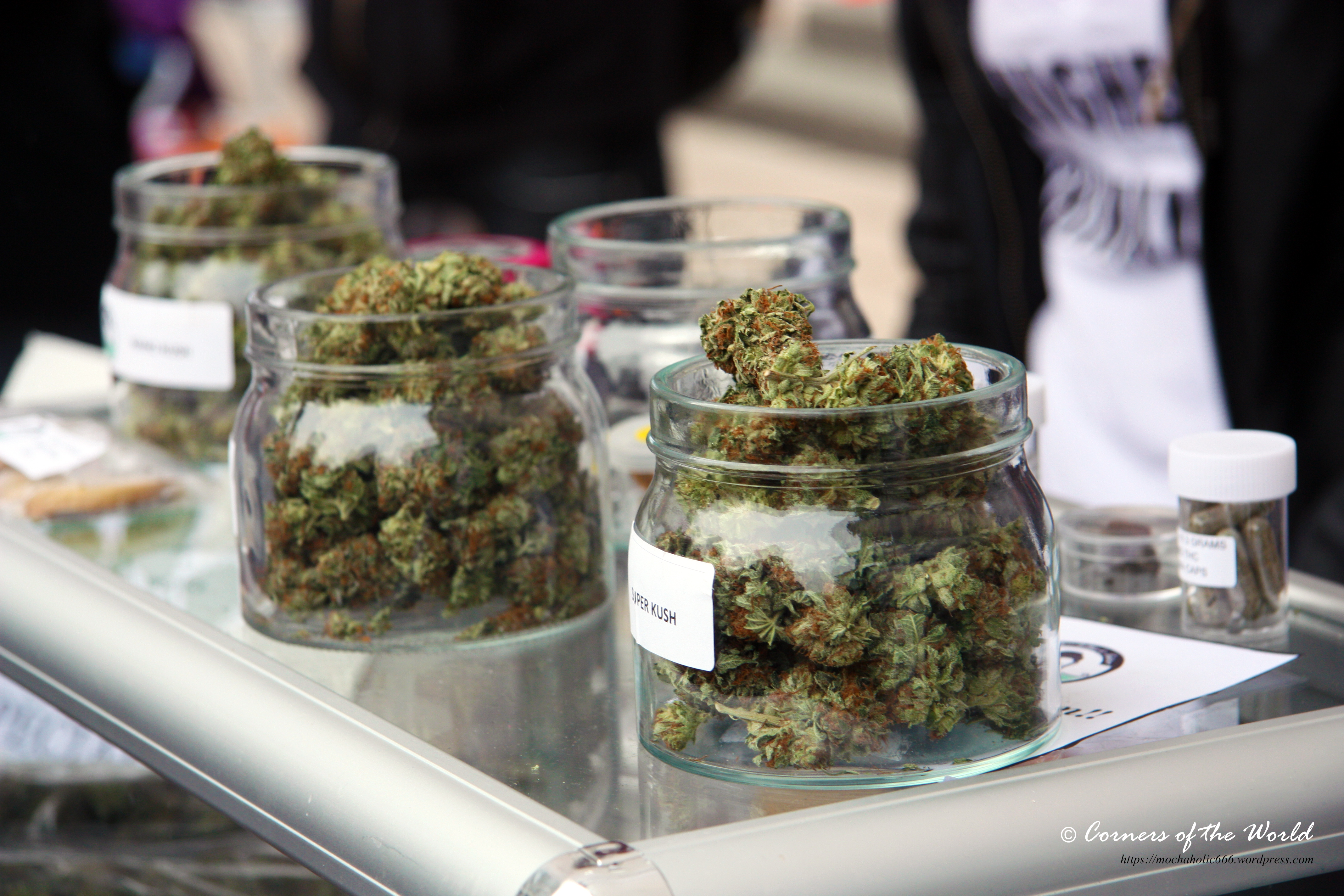 On April 20th 2014, thousands gathered in front of Vancouver Art Gallery to participate in the annual 420 Smoke Out rally, some media estimated to have thirty-thousand taken part in the event.

It’s quite interesting to see so much marijuana being sold and smoked legally in public, 420 is probably the one day that would happen with police being present.

Around the time of 4:20pm that day, all cannabis activists would smoke out together creating a smoky haze over the city, it is magnificent.